A Historic Result In The 2018 World Challenge 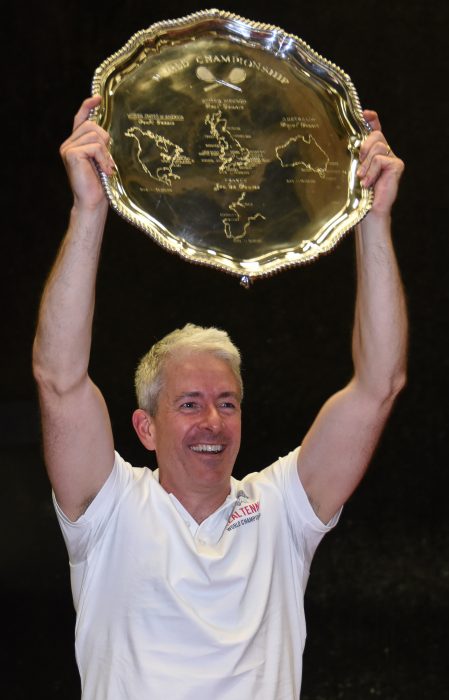 There were not many people who thought the 2016 World Champion would be defeated.  Camden Riviere’s record was ‘perfect’ and he had dominated all events both singles and doubles, except for the 2014 Challenge since October 2013, 39 titles.  The host club for the event were The Queen’s Club and when Rob Fahey said he would not be taking any tickets for the Saturday, the club’s world championship committee  “shuddered”.  Was Rob Fahey thinking it might all be over on the Thursday?

Prior to the play on Thursday I said to Rob’s hitting partner, Ben Taylor-Matthews “remind Rob that he is contracted to play in an exhibition doubles on the Saturday if he doesn’t win a set tonight”.  The message was passed on.

There were two people who thought there was going to be a huge upset and were willing to say so prior to the commencement of the Championship week.  Tim Edwards, who had been photographing the eliminators “Rob is moving so well, he is rolling back the years” and Adam Phillips who said to me “Robert is not putting himself through the eliminators not to push Camden to the limits in the challenge.  There is going to be a huge upset”.

For those of us who watched the challenge unfold, it was simply mesmerising.  Camden is a brilliant player, so accurate and his retrieving ability of the ball is second to none.  Rob though is a bit ‘canny’, Camden made him run but when it wasn’t an essential point Rob didn’t and let the chase be laid.  From the hazard end Rob was simply devastating.  His direct and main wall forces kept hitting the target.  The speed of the ball was devastating.

I have been privileged.  I have seen all the challenges since 2002.  Of course, each one is unique.  The 2018 one though had something different, the tennis was the best I have seen over three days and there were a few things which happened which indicated to me that Rob was going to fulfil his dream of becoming the champion again.  On the Tuesday Rob and Pam Johnstone from Aiken agreed to relinquish their front row seats and moved to the second row of the dedans.  On the Thursday Rob came to the dedans, chose which ball he would serve with, looked at Rob and Pam, who were now back in the front row and said “I am so glad you have got an upgrade”, Rob appeared so relaxed.  Then on the Saturday even though Camden won the first 2 sets to draw level 5 sets all, he started to ‘twizzle’ his racket, he only does that when he is in the ‘winning zone’.  When leading 5/2 in what was to be the final set of the challenge. He looked into the dedans and said “one more”.  Although he did lose the next game, he won the next and history was made. 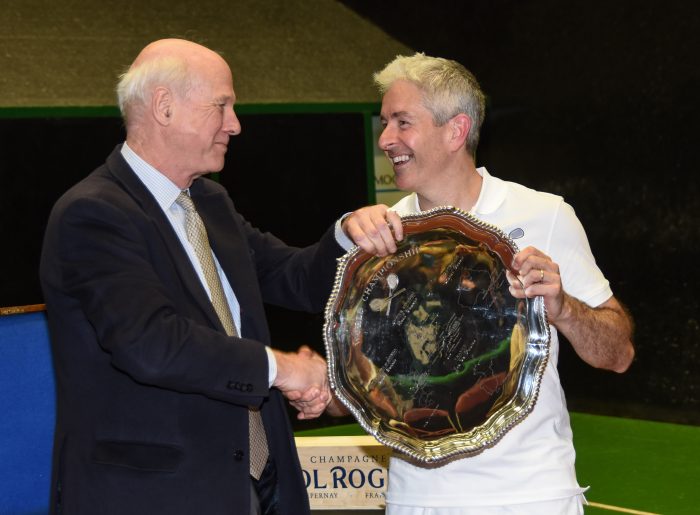 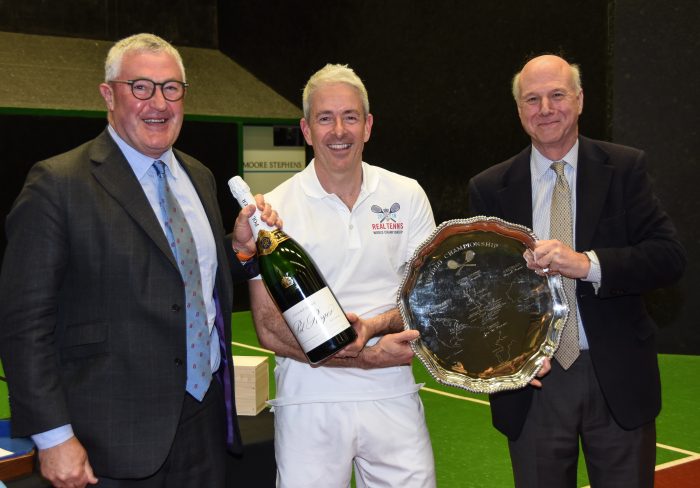 James Simpson of Pol Roger, the Jeroboam and Richard Moore

Camden is a champion, not only proven by his tennis titles to date, but his demeanour and graciousness in accepting this loss was that of a champion and as Rob said on accepting the world trophy he said “I used to think that I owned this trophy.  Now I know I’m just borrowing it.” 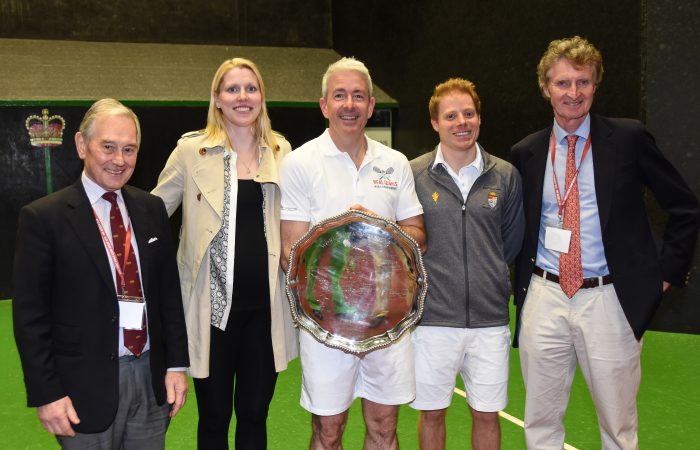 Jim Zug, the President of the USCTA, wrote a ‘live’ report on each day and these can be read here 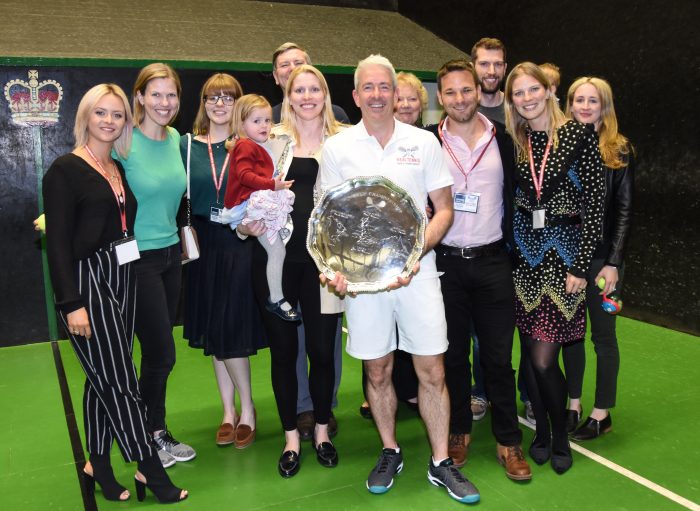