Njinga – Breaking The Cycle In Africa 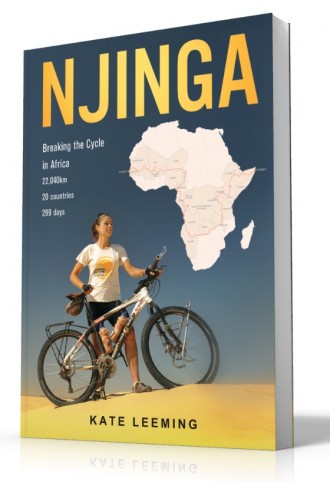 This is an astonishing feat by Kate Leeming, one of our tennis professionals

Some of you may not have had the opportunity to have met Kate or seen her play tennis.  This is a quick synopsis of her tennis career:

Kate ‘discovered’ real tennis in 1994 while working at the Harbour Club (she was managing the swimming pool) and two years later became a professional. She worked at The Oratory School for 4 years and also at Hardwick House in her final year there before moving to Cambridge and then on to Fontainebleau. In 2003 she moved back to Australia to work as Deputy Head Professional at the Royal Melbourne Tennis Club. Despite undergoing 8 knee operations to manage an injury incurred on court in 1996, Kate has remained in the top 5 women since then (when not on expedition), her highest ranking of No.2 and best handicap of 14. She has won 5 Australian Open singles titles and been a finalist in all the other major opens. Kate currently works as a senior professional at RMTC while also pursuing a career as an adventurer/explorer, writer, educator, speaker and filmmaker.

A feature documentary about the expedition won Best Documentary, Best Cinematography and was runner up for Best Director at the Action on Film International Film Festival in Los Angeles six weeks ago.  A short trailer gives a taste of what the book and film are about.  Click here to watch

Studio 10 interviewed Kate last week; you will hear that she has not only done this remarkable bicycle ride across Africa, Siberia and circumnavigated Australia but is about to be the first person to cross Antartica by bike.  Click here to watch this interview

Njinga, Breaking the Cycle in Africa can be purchased on-line via Kate’s website