Background To The British Challenge 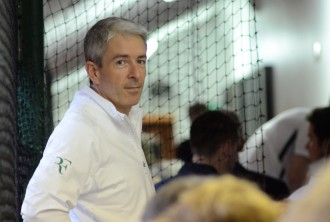 Background To The Event

For the last 28 years the world champion has been Australian.  There has not been British Champion since 1987 when Chris Ronaldson lost the title to Wayne Davies.

With the massive success of Team GB in the Olympics MURTC feel there is need for a change and to help a British contender to achieve this goal!

Playing in a challenge is entirely different from playing a five set match and the world champion, Rob Fahey has kindly told us why.

“The physical, mental, emotional, tactical and tennis demands of a best of 13 set match are unlike any other format tennis players compete in. There are no “secret weapons”, no “brilliant night out” that will get you through a best of 13. Whereas you might surprise someone with something on the night of the British Open final, by day 2 of a World Championship match that “weapon” has been worked on and solved, that “brilliance” has faded and you are back to the drawing board. Best of 13 is a true test of tennis, if you have any weakness – it will be found, if you like to play to a strength – it will be taken away from you, it comes down to who has the best all-around game, the strongest body, the strongest mind, the biggest will to win and the nerve to stick with it all. At 2 sets all in a best of 5 matches there are still some questions to be answered and the natural ebbs and flows of a match can decide the outcome. At 6 sets all, in the best of 13 sets, there is nothing left unanswered. It is 2 players looking at each other, looking inside themselves and deciding who has the heart to win from here. There is nothing in Tennis that can compare to this!”

MURTC is starting in June this year a tournament endeavouring to give players the opportunity of playing a match over the Challenge format.  It is for the best 8 players entering by world ranking and then by handicap.  It is especially important date wise as the next world championship will be in 2014 and outside of the world championship eliminators and challenge this format has never before been used in a tournament.

It is open to any British citizen residing anywhere in the world amateur or professional plus any non-British national professional who is working full time at a club based in the United Kingdom.

Up to the finals the event will be the best of 5 set matches.  The finals will be played over the Challenge format of the best of 13 sets.