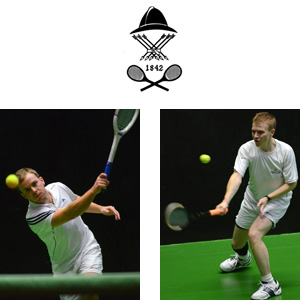 The National League is now getting to the sharp end of the competition.

As we move into the last handful of matches in the Group Stage of the competition that will determine the 3 teams that will be involved to compete for their specified division, here is a review of the likely teams to be involved:

It looks like Queens Club, Hatfield House and The Royal Tennis Court will dispute the top 3 qualification places, with all 3 positions still up for grabs. Hatfield currently sit top of the league, but have Queens to play. The Royal Tennis Court have on paper, an easier tie against Prested Hall, with Queens 10 points off the top, but with three matches left to play. Hatfield v Queens is the next match and after that match, we will have a much clearer picture on the finishing positions.

Radley/Petworth currently sit on the top of the division, with Holyport in direct contention. MURTC will have to win and hope Radley/Petworth lose to catch, meanwhile Queens Club have a game in hand which they need to win to get within 7 points of the leaders. All of the above teams still have to play each other and so many points will be exchanged over the next 2 sets of matches. Oxford could still catch if the teams above them keep beating each other. At present it looks as though Radley/Petworth and Holyport should qualify, and it looks as though the last remaining spot will be between the next three. Although, as mentioned, plenty of tennis left in this division!

With all teams having 2 games left (except Seacourt who have a game in hand), Division 3 has a very clear picture. The Royal Tennis Court are 7 points clear of Seacourt, who can overtake with a full compliment of points if they were to win their game in hand. This would leave them both 7 points clear of Cambridge, who are next in the table. They are 7 points clear of Queens Club so it looks as though these three teams will make the play-offs, with RTC or Seacourt fighting it out for top spot and the all important home venue for the final.

Prested Hall are guaranteed top spot, and the home venue for the final. Both The Royal Tennis Court and Oxford will make the play-off, it remains to be seen as to who will finish second and get the home advantage. Due to Holyport not being able to fulfill their fixtures, a major disappointment, the Oxford v Hatield fixture will determine whether Oxford can leapfrog RTC and claim second.

MCC sit top of the pile, but Oxford, Cambridge and Moreton Morrell should overtake them with their games in hand. Middlesex University are still within touching distance and will need a very good end to the season to qualify. Oxford, Moreton Morrell and Cambridge will all play each other before the end of the season so it is all up for change depending on the results of those fixtures.

Division 6 is the hardest to call. The Royal Tennis Court are top, but second placed Oxford are a solitary point behind, with a game in hand. Leamington sit third, 3 points off the top. Hatfield House can soar to the top with their game in hand, with Cambridge also being able to force RTC down the table with their game in hand over them. Canford sit 6th but have a game in hand on all of the other teams above them and could easily climb into the playoff places. All of the big guns still have to play each other so a few twists and turns are guaranteed.

The Royal Tennis Court need to win just one more rubber to secure top spot, with Petworth and Holyport needing only a rubber apiece or for Cambridge not to grab full points in their remaining matches to guarantee them the playoff spot. Petworth v Holyport is the last match of the group stage and the winner will gain second place and the all important home venue for the semi final.

Division 7 is quite far back in terms of matches played than the other divisions. The Royal Tennis Court should be able to stamp their authority on the division if they win their game in hand over Oxford. The Oratory sit just behind, still very much in the mix. With a lot of games left to play, it would be silly to rule out Petworth from being able to climb the table with a couple of victories. A long way to go in this one.

Moreton Morrell sit top of the pile, with Hatfield a full match worth of points behind. They do have a game in hand however and will surely cloe the gap going into the last set of matches, in which Hatfield will meet Moreton Morrell with the winners likely to top the group. Middlesex and Oxford will fight it out for the last remaining qualification spot, with their meeting in mid-April surely deciding who will go on to compete and who will have to wait another year.

This is 3 horse race. Seacourt, Leamington and Prested Hall are all odds-on to qualify, it is just a question of who will qualify in each space. Seacourt are top with 2 rounds of matches to go but their two matches are against their main rivals. Leamington and Prested also have to play each other and it is these fixtures that will be key to see who grabs the automatic final and who has to fight it out in the playoffs.